Labor of Love (Mutoscope) is a sculptural animated loop inspired by vintage animation devices found in late 19th century arcades. The title of the piece references, in part, the process of creation. In order to build the machine by hand, I had to learn, among other things, how to weld, an act of reclamation that held great relevance as the animation inside (hand-drawn digitally before being printed and die-cut) depicts the dissolution of an artistic partnership and the consequent loss of access to particular skills. Along with the design of the machine itself, I designed and built several prototypes for the mechanism to hold the individual animated frames.  More information on the making of this animation reel can be found here. The decision to design and build a functioning machine by hand contributed to artistic and emotional growth and ultimately catharsis, the project taking over three years to complete.

Labor of Love was funded in part by an RIT FEAD grant, and its production was supported by RIT’s College of Engineering Technology Packaging Science program, where the first successful page prototypes were printed and cut. It was most recently shown at Magenta Gallery in Exeter, NH, and will be part of an upcoming group show Disegno-in-Motion at Marymount Manhattan College in September 2020. The process of making Labor of Love was presented during the Art Talk Series at SUNY Geneseo in October of 2017 and in my 20/20 presentation “Looking Forward by Looking Back” at the 2017 RIT Research and Focus Colloquium on the theme of Perception. 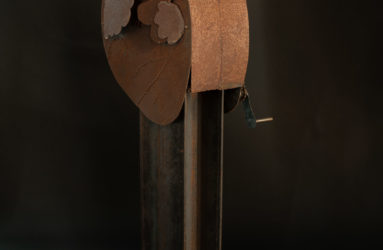 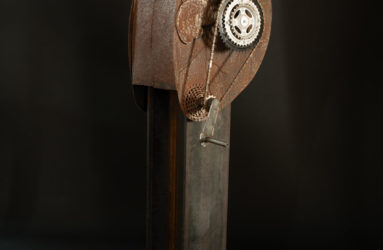 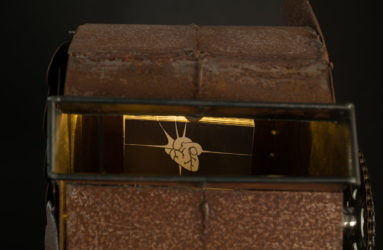 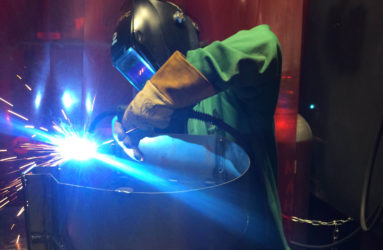